Moments We Loved from the Vermont Summer Festival 2019 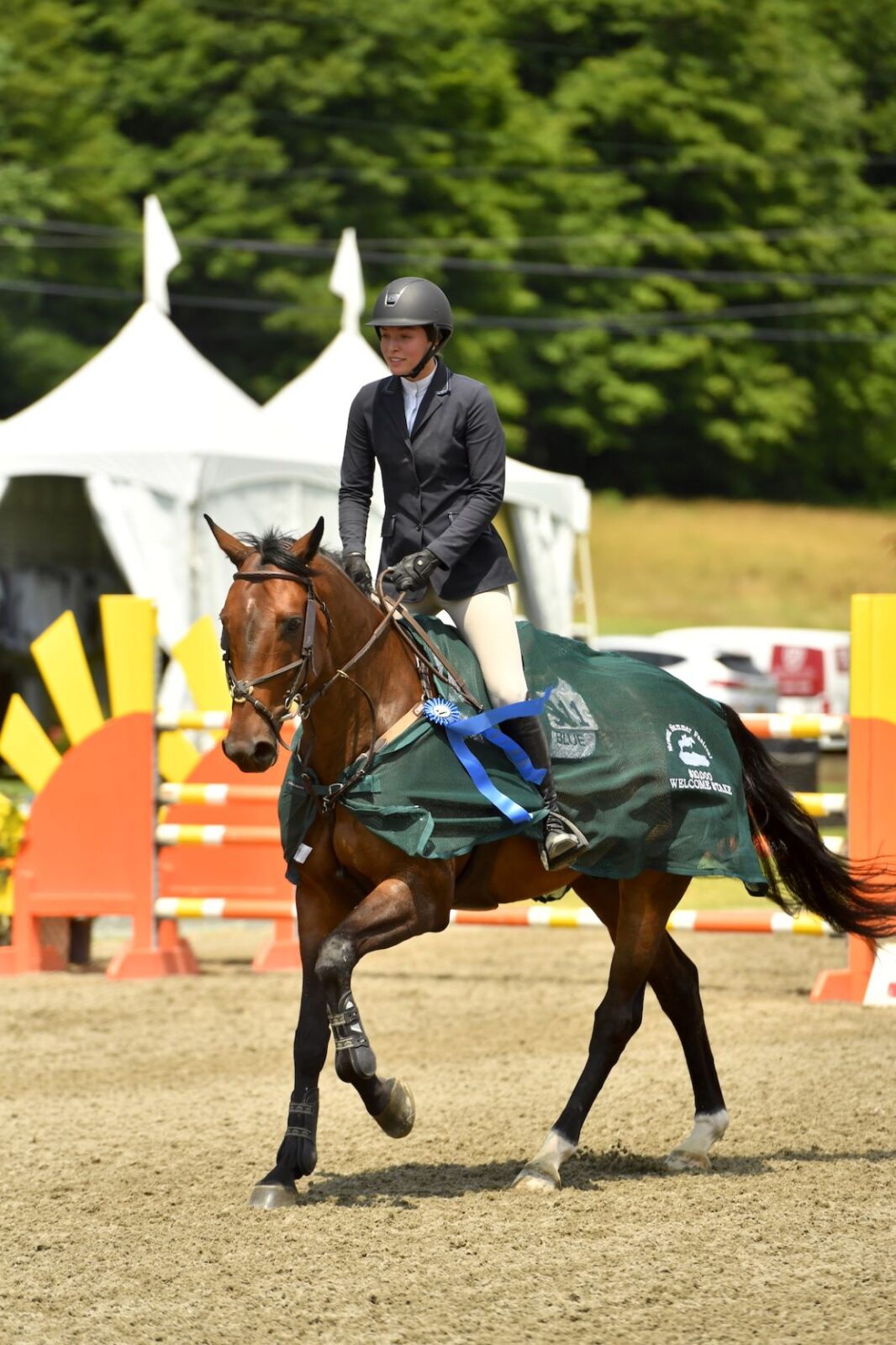 #1 – A Streak for the Record Books

Kevin McCarthy, an amateur rider hailing from Cazenovia, NY, was—without a doubt—the jumper rider to beat during all six weeks of the Vermont Summer Festival.

Consistently topping the leaderboard, McCarthy won four out of the six Manchester Designer Outlets Open Welcome Stakes and clinched two grand prix victories. His consistency paid off in cash at the conclusion of the season by earning him a $5,000 bonus as part of the $10,000 World Equestrian Center (WEC) Leading Open Jumper Awards.

Of a season that still has him reeling, McCarthy noted, “It was a life-changing summer. I just started back as an amateur and it’s something new and different, but nothing has changed about how much I love riding and competing. I didn’t want [the Vermont Summer Festival] to end this year!” 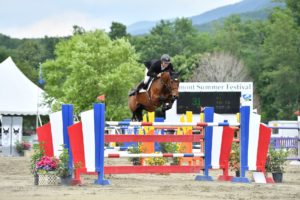 Jumper competition often turned into a battle of nations at Harold Beebe Farm. Ireland’s Kevin Mealiff and McCarthy, as well as Kirk Webby of New Zealand, traded places at the top of the Leading Rider standings. Hot on their heels, North American competitors Cian McDermott (USA), David Jennings (USA), Alexanne Thibault (CAN), and Kim Farlinger (CAN) represented their respective countries a little closer to home. Needless to say, excitement and friendly competitive banter in a variety of accents was never absent in the grand prix ring! 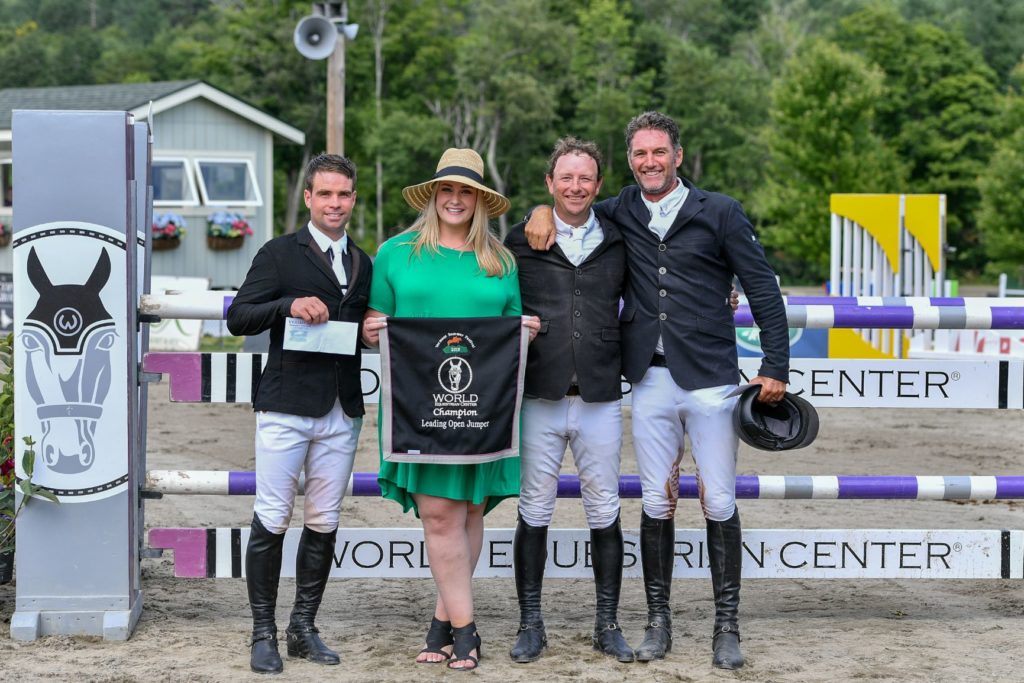 #3 – Hunters Soaking Up The Spotlight

Young piloted Gabriel to a tricolor ribbon as a catch ride in the Green Hunter 3’6”/3’9″ division. The eight-year-old Dutch Warmblood gelding also won the championship in the 3’3″ Amateur-Owner Hunter 36 and Over division with owner Ellen Toon in the irons.

Young was thrilled that the points she accumulated in Vermont will help her reach her goals for the fall. “I have competed [at Capital Challenge] in the Professional Challenge twice and the Developing Professional Challenge before that,” said Young. “It’s always nice for the hunters and hunter riders to be in the spotlight for a week at various horse shows with good prize money. I love this program and I am thrilled to qualify again this year.” 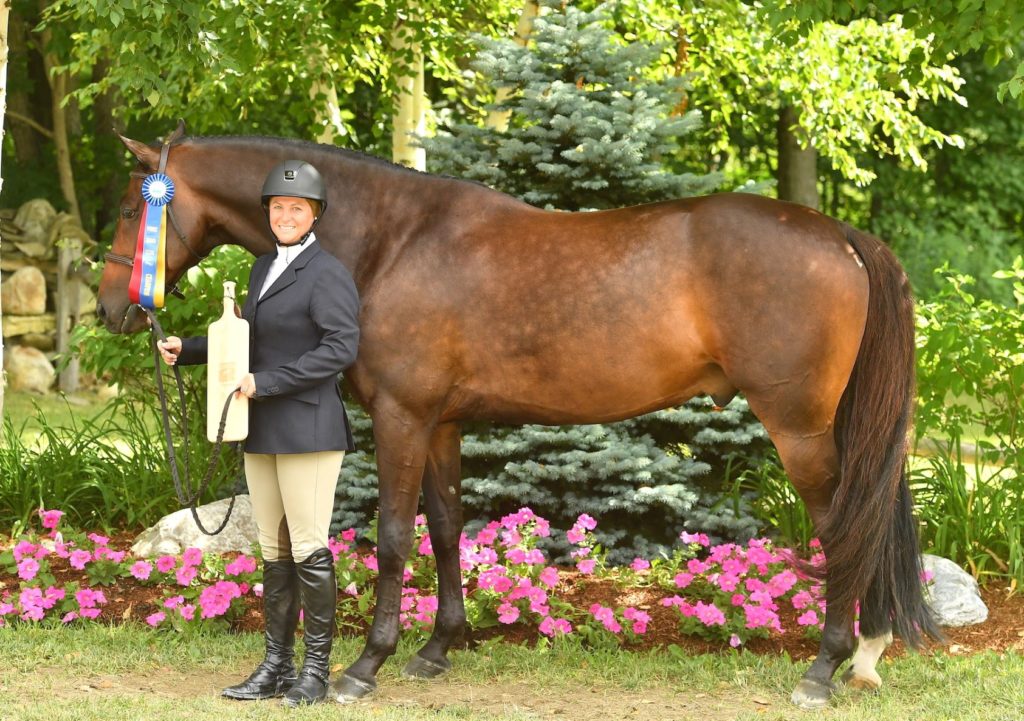 Each week, the future stars of horse shows have an opportunity to strut their stuff in the grand prix ring at the Vermont Summer Festival. Held each Saturday, the Stonewall Ponies Leadline class gave aspiring riders and their pint-sized mounts their moment in the spotlight. Serving as the opening act to weekly grand prix events, the Leadline competition gave spectators a glimpse of the future stars of the sport (and some pretty cute ponies, too!). 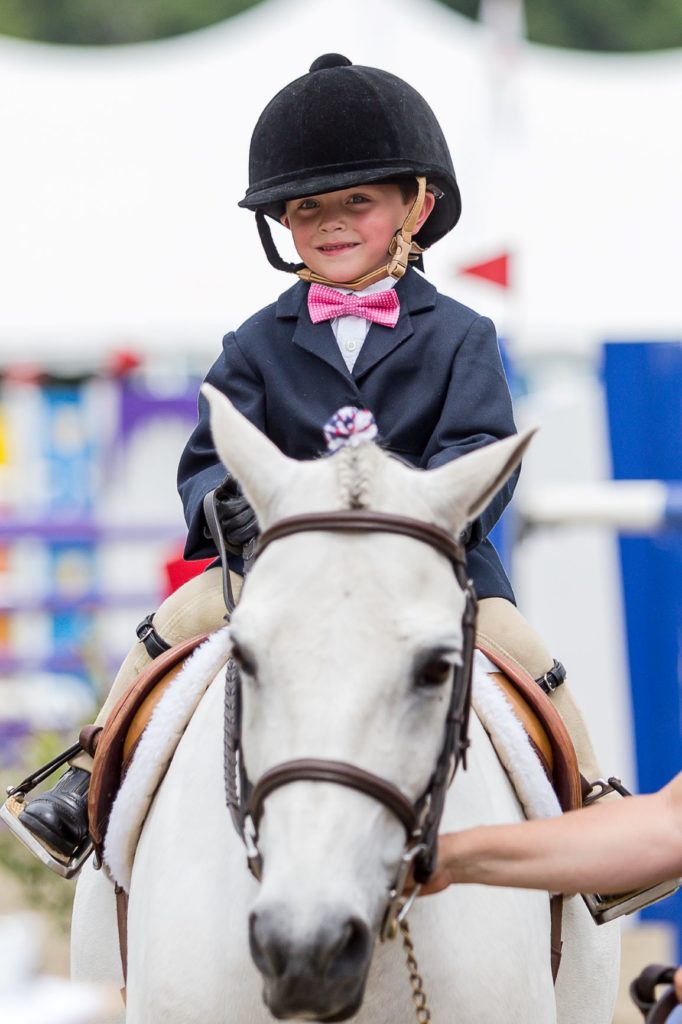 As the Vermont Summer Festival reached its peak, so did the prize money. The final NEHJA Hunter Derby of the season offered $15,000 purse, with the winner’s share going to Jean Sheptoff riding Verdict.

After breaking into scores in the 90s, Sheptoff, who is an amateur competitor and is still getting to know Verdict after only a year together, may have paved a new path for the handsome bay gelding. While Verdict has proven quite adept in the Amateur-Owner Hunter division, the Vermont Summer Festival derby victory was only his second derby ever. 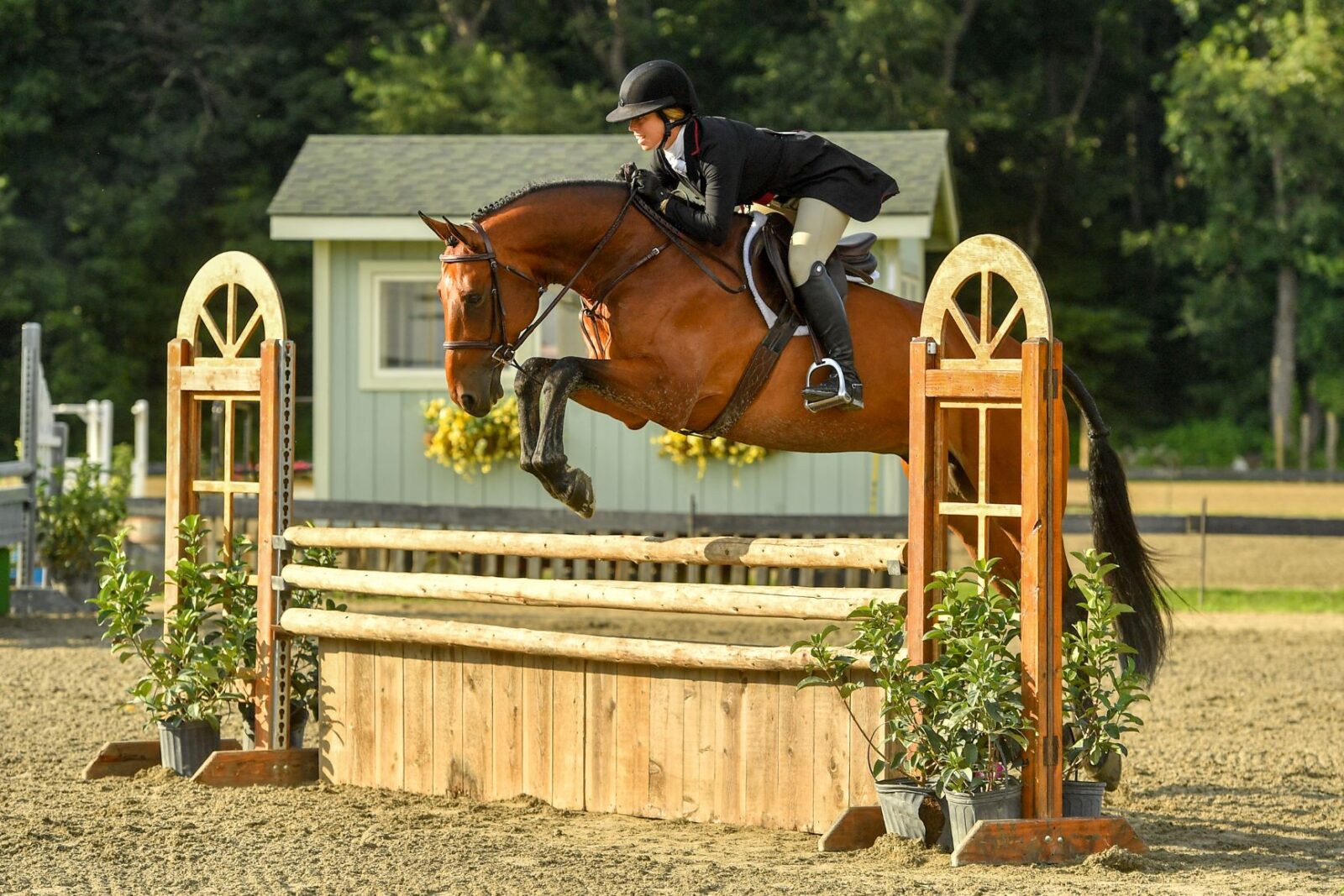 The Vermont Summer Festival plays an essential role in the southern Vermont community and encourages visiting competitors to experience the many opportunities for local entertainment and relaxation. In return, local riders bask in the glory of having a top-rated horse show in their backyard.

One such rider is Adelaide Toensing of Charlotte, VT. She and Blue, the mount she calls the “horse of a lifetime,” won the $10,000 Manchester Designer Outlets Welcome Stake, presented by Polo Ralph Lauren, for the second year in a row.

“It is extra special to win here because it feels like home,” said Toensing, who competes at the Vermont Summer Festival under the tutelage of trainer Mark Jungherr. “It’s so pretty here, and they have done such a great job with the facility and the footing.” 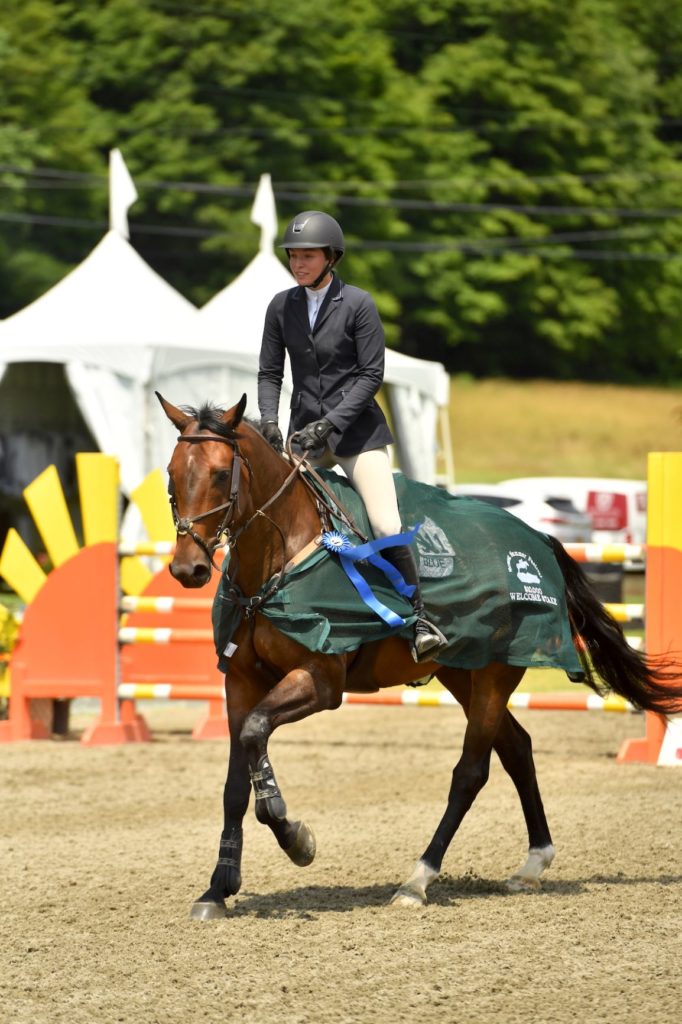 The final Grand Prix Saturday of the Vermont Summer Festival drew both familiar faces and newcomers to take a shot at the $50,000 Summer Celebration Grand Prix. It was a picture-perfect day for David Raposa and his mare Iliona. After three years of “figuring her out,” Raposa and his mount (jumping in just a hackamore) are proved to be in sync. That partnership helped them to end the summer season on a high note, winning in front of the large crowd that turned out to bid the Vermont Summer Festival farewell for another year.

“The first year was a little rocky just getting going; she’s a chestnut mare!” joked Raposa, who has been competing at the Vermont Summer Festival on and off since the show’s inception. “But when she’s in the ring, she’s all business!”